My knowledge of my paternal ancestry was very limited. Although I could relate familial connections on my mother’s side because of the information that was shared as I was growing up, my father did not speak too much about his family, so I missed out on vital stories and information that are passed down. So imagine my surprise when, through my research, I learned that my paternal grandfather Charlie Matthews and I was born two days apart. I was born on August 27th, and his birthday was August 29th.

Because of my genealogical quest to learn as much as I can, I have discovered a treasure trove of information that has made it possible for me to fill in the missing pieces. Armed with this new knowledge, I am blessed to still have both of my parents, and I am grateful for their contributions and support in instilling in me an inquisitiveness to seek the answers. My Dad, one of my greatest fans, has been a source of confirmation to my research and it is a pleasure to be able to talk with him about what I have found.

Charlie Matthews my paternal grandfather was born, August 29, 1896 Savannah Chatham, Georgia. He was the youngest of eight children. In June, 1918 he completed a World War I draft registration card. He married Anna Harris-Williams in October, 1919 at St. Thomas AME church, Savannah GA. In 1920, they were living at their home, along with his two-step children at Orchard Street in Savannah Georgia. Charlie Matthews was a Tinner by profession and worked in the roofing industry.

As millions of African-American families migrated from Southern cities to the North-East between 1910 – 1970; my family was among this historic movement, known as the Great Migration. By the 1921, Charlie Matthews, his wife, and mother migrated from Savannah GA to New York City. They settled in Harlem. My grandparents Charlie and Anna had five children, all born in New York of which four lived throughout adulthood. The year 1928 was a time of mourning for my grandfather, he lost his child, his wife Anna, and mother Amanda within the same year.

In 1940, Charlie Mathews was living with his second wife Lena, along with his four children Henrietta, Jean, Lillian and Charles at East 108th Street in Manhattan, New York. He was employed as a tinsmith.

On November 22, 1941, Charlie Matthews died at 41 years old he was buried in Flushing Queens, New York. 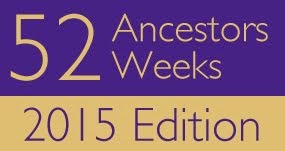 As I continue to search out my history, I am discovering how much I did not know. The more information disclosed about my ancestry, the more I learn and understand how I am the person that has evolved today. My family's research efforts have taken me on an enlightening journey back through the past in the U. S. Virgin Islands (formerly Danish West Indies) and Coastal Georgia. As with most people of Afro-Caribbean descent, my ancestry stems from peoples brought together by colonialism and conquest; it stems from people thrown together, albeit forcibly, by the throes of enslavement. As a result, my DNA tells me that my people originate in Africa, Europe, England, Ireland, Scotland, France, Lesser Antilles, and Leeward Caribbean Islands. Two collections made my dream to research my ancestors in the Danish West Indies a reality. I have conducted extensive research using the St. Croix Population Database 1734-1917, a St. Croix African Roots Project product, and a research and document transcription effort sponsored by the Virgin Islands Social History Associates (VISHA). The other catalyst has been accessing the extensive photo, manuscript, and microfilm collections at the Library and Archives of the St. Croix Landmarks Society at Estate Whim in St. Croix. My heartfelt thanks go to all my cousins, extended "cousin-family," friends, and research colleagues from the St. Croix-based Virgin Islands Ancestry Discovery Group, for their input and collaboration. I also want to thank the UJima Genealogy Group in Coastal Georgia and GlynnGen.com; webmaster Amy Hendrick has introduced me to Southern History and its people. This site allows you to transform yourself to a time during the Danish period (1734-1917) when life was both complex and straightforward. If you have any questions, comments, or need assistance searching for a Danish West Indies ancestor, I invite you to drop me an email. Its.sheldew@gmail.com I especially appreciate the followers' encouragement.